According to the Clean Energy Council, as at June 2016, more than 1.5 million solar systems had been installed on Australia’s rooftops. Probably the primary reason for installing solar panels is to save money. With power prices increasing and the cost of solar technologies falling, the benefits of having household solar panels is hard to ignore.

So if you are wondering if solar panels can save you money, the answer is yes. Exactly how much money you can save depends on a number of different factors:

Where you live affects how much solar energy you can capture. Living in the sunshine state we are lucky to be blessed with plenty of sunshine. In fact, Queensland has one of the highest annual offset amounts in Australia, because more sun means an increased potential for capturing its energy.

Your home’s aspect and the number of panels that can fit on your roof will also influence your ability to capture solar energy. In the southern hemisphere, due north is considered the best aspect for solar placement. If your home’s orientation does not allow for north facing panels, east or west-facing roof spaces would then be considered. Shading may also be an issue for some homes as it can affect the productivity of your system.

The Size of your Solar System

The size of the solar power system influences the capacity to capture solar electricity – the larger system you have, the more power can be produced. It is important that you match the size of your system with your power requirements. Finding the optimum level will help you get the best return on your investment.

To determine what size system you require, it is essential to know exactly how much energy your household consumes. This can be obtained by looking at your power bill. The number of kilowatt hours (kWh) hours shown on the bill is the amount of energy used. Look at your bills for last four quarters to get an idea of how much electricity you have consumed over the past year and then calculate how much you use per day.

The amount that your household consumes should inform the size of the unit you install. The size of the system is described by its ‘peak’ output in kWh. For example, on a clear sunny day, a 2kWh system can produce 2kWh at its peak, or at the sunniest time.

On average, a relatively energy efficient three-bedroom home with an average-sized family have a daily electricity consumption of approximately 12 kWh – 16kWh.

Your energy consumption and at what times of the day you use electricity will impact on how much you can save. Your solar panels will only provide energy during daylight hours so you have more savings potential by consuming the bulk of your electricity during the daytime. For example, do your laundry, run the dishwasher, charge electronic items, etc. during the day instead of at night so you are sourcing from your solar panels as opposed to the grid.

You therefore want a system that provides enough energy for your daytime electricity usage. Once you know your total electricity usage, estimate what proportion you would use during daylight hours. If all household members are typically at work during daylight hours, you may require a smaller-sized system than say a retired couple or a family with a stay-at-home parent with kids.

A feed in tariff rate is the rate that an electricity provider pays for the solar electricity generated at your household that is fed back to the grid. Any extra electricity not used by your household will be exported back to the grid. Electricity providers will credit the amount that is fed back into the grid which will assist in lowering your electricity bill. You should check with your provider to find out exactly how much credit they offer. It is typically around 8c/kWh, however, it may be worth shopping around different providers to obtain the best rate. The feed in tariff will be less than what you have to pay for power so the tariff rate is only really important if you plan to install a system that produces more power than your household utilises. It is also more economical for you to use the bulk of your electricity consumption during daylight hours when you can utilise your solar electricity instead of sourcing power from the grid.

A large household would typically require a solar power system of around 5kW or higher. A 5kW system can generate approximately 18kW – 25kW of electricity per day (on average). Smaller households may find that a 2kW system is adequate to meet their needs.

The Small-scale Renewable Energy Scheme allows eligible small-scale energy systems to be entitled to small-scale technology certificates which can be used to recoup a portion of the cost of the system. The number of certificates that your system can create is determined based on location, installation date and the amount of electricity produced by the system. On average each certificate is worth around $30-40.

As per the Australian Government Clean Energy Regulator, to be eligible for small-scale technology certificates, your solar panel system must:
– Be classified as small-scale – for a solar panel system this means having a capacity of no more than 100kW and a total annual electricity output of less than 250MWh
– be installed no more than 12 months prior to the creation of certificates and have its panels and inverter listed on the Clean Energy Council’s list of approved components;
– meet Australian and New Zealand standards;
– use a Clean Energy Council accredited installer and meet the design and install guidelines of the Clean Energy Council;
– comply with electrical safety and local, state and federal requirements;

Currently the scheme allows you to claim the certificates in advance for up to 15 years.

As indicated above, there are many factors that will influence potential payback times. ‘Payback’ refers to the amount of time that it will take to payback the amount that was outlaid for the system. It is otherwise referred to as the breakeven point.

There are many variations on advertised payback times for solar panels. Many in the industry advertise misleading payback times that simply do not consider the numerous variables that can influence payback times.

In a study undertaken by Choice, the Alternative Technology Association (ATA) provided average payback times for Australian States and Territories taking into account the comprehensive factors involved including feed-in tariffs, small-scale technology certificates and the variable export rate over time. While a number of assumptions were still required, it was estimated that for a 2kWh unit in Queensland it would take 6 to 7 years to achieve payback (based on a feed in tariff of 8c/kWh).

However, for many people it is about taking control of their electricity and being less susceptible to inflating electricity prices and bills that seem to grow every year.

While the financial incentive is the main motivator for people converting to solar, there are also other important benefits, such as improving the environment, reducing green house gas emissions and your carbon footprint. So while solar panels can save you money, they can also save carbon dioxide being emitted into the atmosphere. On average, a 5kW system reduces carbon emissions by 4.9 metric tons per year. The US Environmental Protection Agency estimated that an average household with solar panels could offset a year’s use of one fossil fuelled automobile. So when you install solar panels you are effectively ‘taking a car off the road’ in terms of carbon emissions.

In Queensland, we are well positioned to take advantage of the sunshine our state is blessed with. As you can see there are a number of factors that will determine exactly how much money you will save when installing solar panels. If you have any questions on your savings potential or wish to discuss further how your home can benefit from solar panels, please do not hesitate to call the team of solar installers Brisbane at Globe Electrical for expert advice. 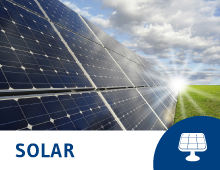 How Much Money will I Save with Solar Panels was last modified: August 25th, 2017 by Karen Thoroughgood