Appliances in Your Home that can Cause Electrical Fires

Some of the appliances in your home are more likely to cause electrical fires than others.

Also sometimes the fault can be attributed to the appliance itself, but other times it is the user!

Take the example of clothes dryers. Everyone knows that the lint needs to be cleaned out regularly – if not every time you use the clothes dryer. But how many of us do? This built up of lint and cloth debris is an electrical fire just waiting to happen.

Clothes dryers also need to have sufficient space around the appliance for airflow as well as ventilation. Thus hiding your clothes dryer in a small cupboard and closing the door on it, may look attractive but is a electrical fire risk.

Back in 2009 the Queensland Fire and Rescue Service revealed that flat screen televisions were responsible for an increasing number of electrical fires in the home.

It is expected that since this time, flat screen television have improved, however it must be noted that there are a great deal of electrical components all squashed into a small cavity (like all-in-one computers) and really this is a greater invitation for electrical fires than the more traditional style of television.

There are times too when products (such as flat screen televisions) are recalled and thus it is a good idea to keep an ear open for product recalls that may affect you.

Electrical fires caused by washing machines are almost always the result of a faulty appliance. Again, unfortunately the onus is on the owner of the appliance to keep up with which appliances are being recalled.

The failure of the compressor components of these appliances can then lead to the wiring failing and possibly electrical fires.

Exhaust fans collect a whole lot of dust. This dust together with the electrical components are a fire waiting to happen. The solutions is simple, clean your exhaust fans regularly. You should also check to see if there is any discolouration or visible melting of the plastic. These are signs that your exhaust fan needs replacing. 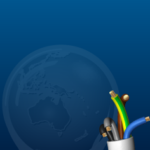